Imagine a Stairway to Heaven that leads to an enchanted racetrack where the champions of old come to race, and only a child knows the secret… 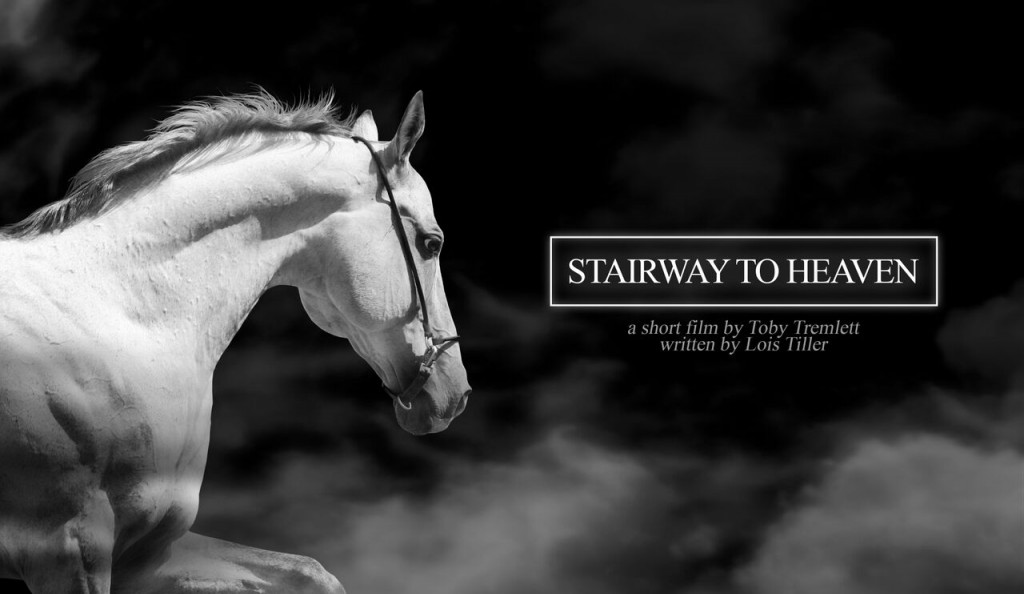 My name is Toby Tremlett. I’m making Stairway to Heaven. The film is written by Lois Tiller, and we’ve been working for months to bring the movie to life.

This project is in great hands…

We’ve already started casting in Los Angeles and London. We have wonderful locations here in the UK. We have an award winning camera man, an Oscar winning production designer, and the great Lois Tiller behind the scenes as screenwriter.

Stairway to Heaven is important to people like you and me.  Not just because it will entertain and inspire us. But because Stairway To Heaven contains a powerful message about the humane treatment of horses. Given the intense and inspirational nature of the film, I believe it will help raise public awareness of horse rescue, rehabilitation and adoption organizations.

You can help by spreading the word and making a donation. There are some great incentives! All the money we receive goes directly to production. With one exception, 5% of the funds raised will go to the Racehorse Rescue Centre, a fabulous charity that rehabilitates and re-homes horses that have left the world of racing. 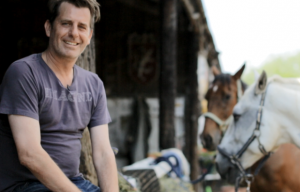 Based in London,Tremlett is a much sought after director. His credits include award winning short films, hit music videos and over 200 commercials for global giants like Cadillac, L’Oreal, and Coca-Cola. In many ways, Stairway To Heaven is the culmination of his highly successful, eighteen year directorial career.

Thanks for betting on us. When our SURE THING comes in, you’ll get a digital download of the movie.

You’re twice the winner with DAILY DOUBLE. Get a digital download of the movie and an awesome souvenir t-shirt.

The SWEEPSTAKES wager wins every time – Get a digital download of our exclusive Director’s Cut of Stairway To Heaven, which includes special behind the scenes video. We’ll include a 11″ by 17″ Movie Poster

Get a piece of all the action with a PICK SIX wager: You’ll receive a Digital Download of the Director’s Cut of Stairway To Heaven. Including special Behind the Scenes Video. We’ll throw in an 11″ by 17″ inch Movie Poster, A Bound Script Signed by Cast and Crew , and to round out your winnings, a Storyboard Book of Concept Drawings.

Are you ready for your close-up? PARLAY the PICK SIX into an opportunity to APPEAR as an EXTRA in Film. You still get all the cool Pick Six gift items to enjoy after your film debut. **travel expenses not included**

Ever wonder what goes on behind the scenes of a movie? Satisfy your curiosity with PHOTO FINISH. You’ll get all the cool PICK SIX stuff and a PHOTO to commemorate your SET VISIT. **travel expenses not included**

If you’re the kind of high roller who likes a party, ON THE NOSE is your kind of wager: Attend the London FILM PREMIERE SCREENING. Enjoy a CHAMPAGNE RECEPTION. Get a BOUND SCRIPT signed by Cast and Crew. **travel expenses and lodging not included**

Make a WINNING BET and hold on to that ticket. You’re going to our London FILM PREMIERE SCREENING. Enjoy the CHAMPAGNE RECEPTION. And an exclusive VIP DINNER with Cast and Crew. You’ll also get PRODUCER CREDIT on IMDB

All bets are over and your horse came in. It’s time to celebrate in the WINNERS CIRCLE. Get an ALL ACCESS PASS to Special Screenings, Parties and Set Visits. Includes EXECUTIVE PRODUCER CREDIT on IMDB. Attend an exclusive WRAP PARTY with Cast and Crew. **travel expenses are not included**