The BHA could consider the introduction of a stand-down period for horses who have fallen if there is evidence to support it.

The regulator is in the early stages of compiling a statistical base to analyse how horses perform in their next starts after coming down in races.

Jockeys already face immediate screening after falls and can be stood down from riding in the event of a concussion, and a similar protocol could follow for horses, depending on the trends. 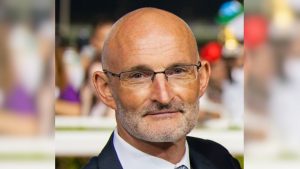 David Sykes, the BHA’s director of equine health and welfare

The work is one of a number of initiatives that comprise the welfare strategy for the sport drafted by David Sykes, the BHA’s director of equine health and welfare, which aims to make racing safer by reducing fallers and fatalities.

Sykes said: “I have the statisticians looking at fallers and how they perform over a period of time afterwards. The question here is if we have a horse who falls at a fence, should we be thinking from a welfare point of view that the horse needs to have a rest or a stand-down period before it’s appropriate to race again?

“That’s a work in progress but we’ve concussion rules for jockeys and other athletes, so realistically I’m thinking we need to probably put something in place for horse welfare.

“What that is at the moment I don’t know and we want to base any decision on evidence rather than pluck a figure out of the air and say, ‘It’s three days, it’s ten days, it’s 15 days’.”

Sykes said he hoped to be ready to present findings to the National Trainers’ Federation and BHA veterinary committee by the autumn, in time to implement changes for the following jumps season if necessary. But he added: “We might do all that and decide there’s actually no point.”

Fatality and faller rates have reduced by a third in the last 20 years. To that end, new initiatives such as padded hurdles are being rolled out, and an equine vision project will soon be published which seeks to establish how much horses can see.

In addition, new research and analysis is being conducted from the medical records of horses who suffer fatalities – which are requested from trainers – plus those of two horses who complete the same race.

Sykes added: “When we have sufficient evidence, which will take two to three years, we can look at those two groups separately and analyse whether there are any differences between the groups and their medication types, which may have to be looked at in more depth or point us in the direction of where we may need to regulate.”

Sykes also wants to improve the traceability of racehorses so thoroughbreds can be tracked from birth to after their racing career, information that will be kept on the BHA database.

He is also seeking to establish, through a Bristol University project funded by the Racing Foundation, a welfare standard that will set a benchmark which can be followed across the industry.

Suitability-to-race examinations have been enhanced with more consistent and regular monitoring of horses who suffer lameness, including yard visits, and there have been changes to protocols on dealing with cases of heat stress and cardiac arrhythmia.

Sykes believes the sport has a duty of care to the racehorse and must be prepared to be open and transparent about welfare when the sport is put under wider scrutiny.

“You can’t improve welfare if you don’t measure it,” he said. “My job is wellbeing and health of racehorses from 30-day foal to 18-year-old post-racehorse standing in a paddock somewhere being very happy.

“As an industry we have a responsibility for that whole period of time. That responsibility means we should have in place a system to measure those things so we can answer critics or the public and say, ‘You’re wrong, that’s not the answer to the fatality part, this is the answer. We are making improvements, here are the improvements we have done’.

“Then it’s a really good story, rather than being so defensive about it.”